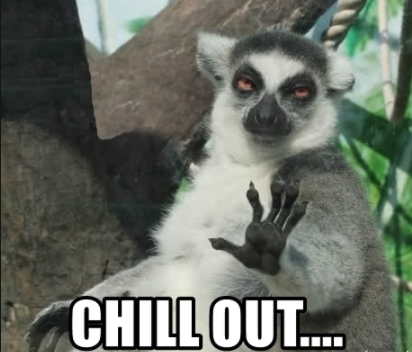 In 1994 a mysterious banner appeared on the internet. The banner read: ‘Have you ever clicked your mouse right here? —> You Will. This ground-breaking experiment was actually what is now described as the first-ever internet ad. It was launched by tech company AT&T and part of a wider advertising campaign. This banner, believe it or not, achieved a 44% click-through-rate and sparked a world-wide advertising revolution. The last 12 months have been absolute whirlwind for the digital marketing game, so let’s break it down.

Since the appearance of that first banner ad, advertising and technology has evolved significantly online. We now have several specialised advertising platforms, which generate billions of data points every day and help businesses target advertising to the right audiences.

Advertisers have been running rampant across the web, staying up late, gorging on cookies and making up their own rules. But now mum’s home, and she’s not impressed.

Over the last year, Apple has pulled a number of significant power plays which have changed the digital marketplace forever. Tech giants who rely on advertising revenue (Facebook and Google) have been hit hard by these changes as it has limited many of the modern conveniences of digital advertising, namely – targeting and tracking.

Consumers are blissfully unaware of any changes in the digital space as they are as small and as simple as a push notification. People will happily go about their business using and consuming the web as normal. But underneath the surface, Apple is kicking us all out and slamming the door behind us.

Following the trail of crumbs

Advertisers rely on 3rd party cookies to collate data on web users. Advertising platforms like Google and Facebook can use this data to lump consumers into interest-targeting buckets that advertisers can leverage for advertising.

I.e. People who have visited websites with content related to fishing, joined fishing-related groups on Facebook or viewed fishing rods for sale on Gumtree, will all be lumped into an interest audience for ‘fishing’. A fishing shop can show their ads to this audience, directly targeting people who are most-likely to be interested in their products.

This process ensures advertisers are getting their products in front of highly relevant audiences which reduces budget wastage. But it also means consumers are seeing highly relevant ads for products and services they would be interested in, tailoring their web experience and making life easy!

3rd party cookies also pass data back into advertising platforms to let us know how our campaigns are going. All the juicy data that fills our reports have come from 3rd party cookies.

The first major power play by Apple was, what we love to call, the Cookie-pocalypse.

Cookies, that collect and pass all that amazing advertising data, must pass through your web browser to get where they need to go.

In February 2021, Apple released a new version of its Safari web browser which blocked all 3rd party cookies by default. This means that anyone using a Safari browser could not be tracked by cookies. Google Ads, Facebook and any social platform using 3rd party cookies lost access to all the data on Safari browsers. According to statcounter.com, 35% of Australians use Safari, so many digital advertising platforms (Google and Facebook included) essentially lost the ability to track 35% of Australians.

Apple made this bold move in the name of data privacy, claiming that 3rd party cookies were not secure and left people vulnerable to cyber-attacks, which is not entirely untrue. Not to be left behind in the cyber-security race, Firefox and Microsoft Edge were not too far behind, taking away another 8% of trackable browsing sessions.

With all browsers jumping on the bandwagon, Chrome (which has just over 50% of market share in Australia) was left with no choice but to follow suit and announce plans to be rid of 3rd party cookies by 2022.

In 2019, Google made $135 billion globally from its ads platform. Losing access to the data that drives the platform is a devastating blow to their bottom line. But who cares about Google? What about us? What about the businesses and advertisers who rely on digital advertising to drive customers, interest and engagement to our businesses? Google has given itself until 2022 to find a new, cookie-free way to track people as they surf the web. With no definitive answers yet, we can only wait and see.

The death of 3rd party cookies has turned cross-domain tracking and PPC reporting on its head. People are still using the internet to find products and services and buying online, but without 3rd party cookies we will need to reframe our reporting and flip the lid on the way we track digital advertising.

Before Apple put an end to 3rd Party Cookies, Google had been hard at work improving their tracking software, Analytics. There have been three Analytics updates since it’s launch in 2004, but the latest overhaul is the first time Google has rebuilt both the UI and backend of Analytics at the same time.

The aim of GA4 is to seamlessly blend web and app data into a single report. As Apps evolved, Google released Firebase, an analytics platform specifically for tracking App usage. Now, GA4 will be able to streamline the data from both websites and apps and present it in one easy to read platform.

While GA4 is still several months, if not years away, from taking over Universal Analytics, the data being collected in Universal Analytics won’t be transferred over to GA4 so it is recommended to have them both on your site, running in unison. When it is time to change over to GA4, you will have historical data to draw on.

In April 2020, the Australian Government announced it was planning on introducing a mandatory News Media Bargaining Code addressing the issues Google has caused for Journalism in this country.

The problem with the code, however, is that Google hasn’t caused any issues and the proposed code will essentially break how the open web works.

In an increasingly digital age, traditional news outlets have failed to evolve to maintain a continuous revenue stream to support their publishing platforms. We saw this in full swing in 2020 when Newscorp closed down more than 100 community newspapers across Australia.

Yes, advertisers are finding more affordable and targeted advertising platforms on the internet, but an analysis has found that the loss of newspaper revenue resulted primarily from the loss of classified ads. Between 2002 and 2018, newspaper revenue fell from $4.4 billion to $3.0 billion. Of that decline, 92% went to businesses such as Domain, Realestate.com.au, Carsales and Seek – not Google.

To claw back this revenue and revive our struggling news industry, the Australian Government now wants to charge Google to show a link to a news article in its search results. With a giant ‘OK Boomer’ attitude, Google is trying to explain all the ways why this wouldn’t work and is working hard to find a solution that benefits us all. Unfortunately, the Government isn’t playing fair and Google feels if they can’t reach an agreement, they would not be able to operate in Australia.

All we can do is wait with baited breath in the hopes that the government will see sense.

Taking on Google Ads wasn’t enough for Apple. Now they’ve decided to put pressure on Facebook as well. In fact, any app that relies on tracking will be impacted by Apple’s iOS14 changes. iOS14 is the new operating system for iPhones. It will come standard on all new devices, but will also automatically update for all compatible devices over time.

At some point in the near future, if it hasn’t happened already (Apple is keeping very tight-lipped about it all) iOS14 will send out a push notification for each app asking users if they would like to be tracked across apps and websites owned by other companies. Users can opt-in and out of tracking for each app.

For Facebook, this has sparked an entire overhaul of its advertising platform and a mad scramble to prepare for an expected loss of data. For the majority of Sunny Digital clients, 50%+ of all website traffic comes from iOS operating systems. With the popularity of iPhones, that’s no surprise. However, if 65% of all website traffic is using iOS, there is a potential for 65% of your data to disappear some time in the near future.

Facebook on the other hand needs data to drive its platform and has already released some solutions to maintain as much data as possible. The things we can do right now to keep across your advertising is:

The way of the future

The pixel-based tracking party is over. Apple has wiped out the use of 3rd party cookies across the web and social media apps in two fell swoops. But the night is still young and Server-side Tracking is waiting in an Uber to take us all to the afterparty.

Rather than collecting data from the web browser, we can collect events on the server (the code that serves the website). It’s all very technical, but Facebook and Google are both fast-tracking server-side solutions to help retain some data for reporting. The Facebook Conversions API is the Facebook server-side solution. Google also has a server-side beta available in tag manager.

We don’t have all the answers, and the initial outlook at all these changes seems quite bleak. But what an exciting time to be alive! We are witnessing a dramatic and fast-paced revolution of an entire industry. We are the guinea pigs of new technology and solutions which could project digital advertising into the future!